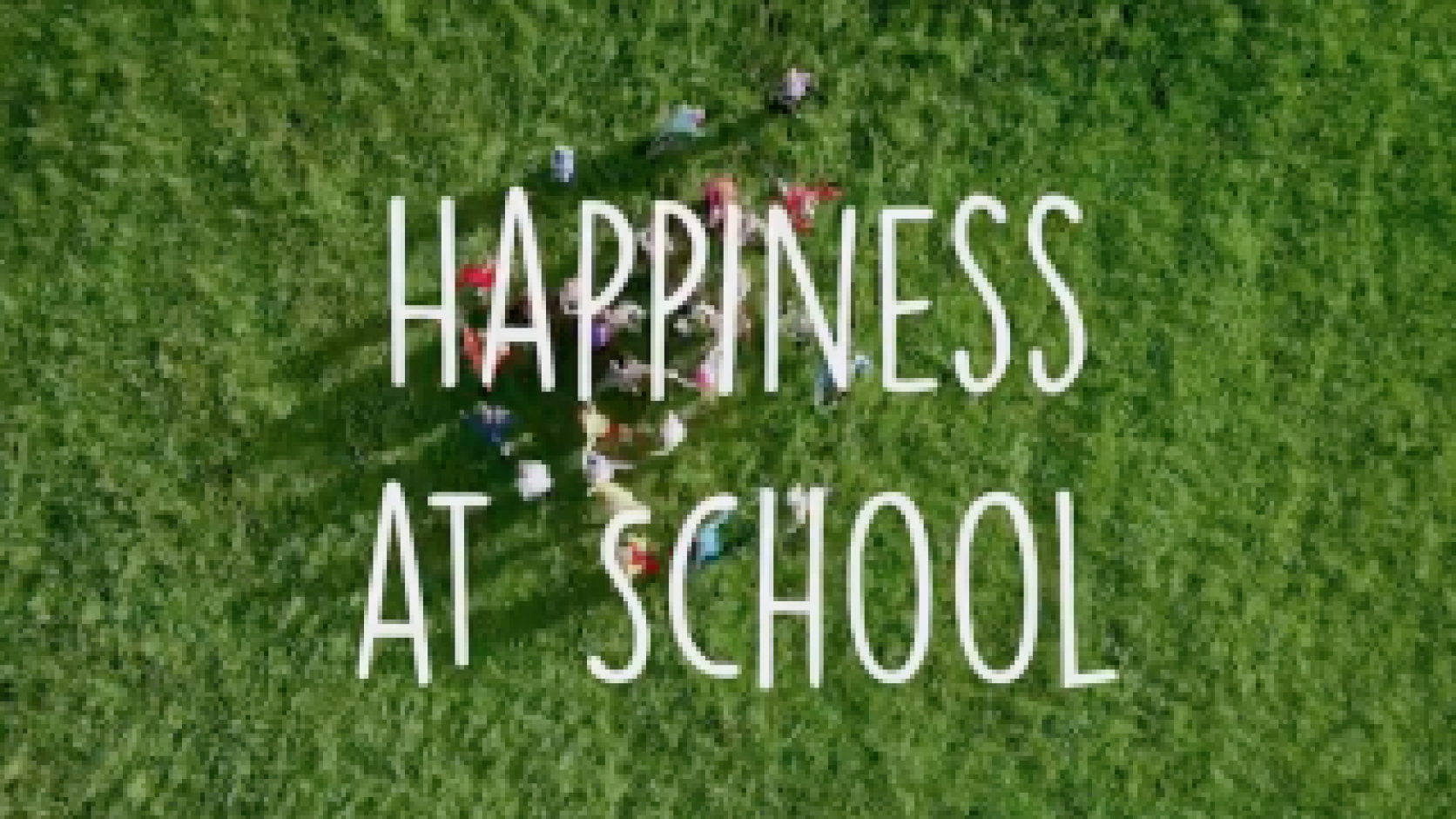 Why is our goal to seek out – and nourish – ‘Happinessatschool.org’?

There is a silent alarm sounding through the world’s schools.

With remarkable regularity, across very different cultures, we can hear teachers, students and parents sounding the message that school is in trouble. Within state schools and private schools, less- and more-developed countries and across the common divisions of age, gender, religion, ethnicity and the rest, a sense of frustration is mounting. What is behind it?

Above all, we are now deep into an era of digitization, automation and Artificial Intelligence. It is an epoch that will only see increasingly fast cycles of change, the anticipation of which causes our sharpest politicians and economists to shiver and the heads of 3rd-level institutions to scramble for competitive responses.

If handling the tech question for adult citizens is tough for our leaders, there is a special burden placed on those who work with our kids. The ones we entrust with our future, in other words, and whom we hold to a standard that seems to rise ever higher, while the resources and rewards on offer hardly ever keep up – would it surprise you to learn that investigations keep revealing that teachers are planning to quit in greater numbers, their motivation affected by rising workloads and a seeming lack of respect for what they do?

The very smallness of the compensation they enjoy underlines how motivated our teachers must be, overall, to want to guide our children towards maturity.

That task looks more and more like trying to paint a house in a hurricane.

How on earth to prepare young people for a world structured by social media networks, algorithm-driven employment and countless other precarious realities? Why should a primary or secondary school teacher, typically trained and motivated in some combination of the humanities and material sciences, equipped with a toolkit taken from centuries of pedagogical theory, have a ready answer for the effects of devices whose originators routinely admit are designed to be as addictive as possible?

As well as the question of digital disruption, we must face other realities: schooling and education, presented as a right for “everyone” in article 26 of the Universal Declaration of Human Rights, are beleaguered by disenchantment among teachers and pupils, by gaps of inequality and by the stifling effects of tradition in multiple places. Recent attention has fallen on the threatened school-access of the young women and girls of Afghanistan, for instance, yet we can find examples of inequality or inflexible, unfair regimes in Western nations too, in wealthy democracies and stable nation states. Who has access to what kind of education? And how to keep them motivated to partake? These are questions that recur.

For example, France’s ‘meritocratic’ system identifies and rewards the gifted early – in theory – yet ample research shows that the expectations and prejudices brought into the classroom and testing halls unfairly affect performance, bringing people down and blurring their potential. Therefore, say some, why not at least question the idea?

We can also find evidence of a pervasive problem of engagement – of a sense that school, even when free and relatively well-resourced, is not worth finishing. Article 26 states, following the assertion of the right to an education, that:

In the European Union, where we began our investigations and started to shape our response, the problem of early school leaving is considered severe enough to demand long-term studies and policy recommendations.

Negative patterns are also emerging between the genders in the west, with boys more likely to leave school early and young men less likely to attend 3rd level. In some ways, it is not hard to sympathize with the spreading disenchantment.  When the burden of a ‘full’ education was justified by the promise of a stable income and a full experience of the social contract, that was one thing.  As society reinforces competition while seeming to promise only more uncertainty, where is the incentive for going through a traditional schooling?

Hovering in the background, like a shadow cast by the bright surfaces of our new technologies, are the darker questions of exploitation and mental health, and whether these tools are not simply distracting, but fundamentally dangerous. Here we often find girls suffering unduly, with rising rates of depression and suicidal ideation linked to the cults of impossible beauty spread through social media. This trend continues to increase, along with the well-known threats of cyberbullying and cyber-grooming.

No wonder the French government sought to ban smartphones from schools in 2018. Bearing in mind that 90% of French teenagers (like teens in most western democracies) own a smartphone, it is no surprise that the new rules have been difficult to enforce, and their efficacy debated since their introduction.

The problems, whether created by or exacerbated by technology, continue to multiply…

As the alarm sounds, what is to be done?

Led by filmmaker Martin Meissonnier, Happiness at School took shape as a proactive response to the atmosphere of fatigue and disenchantment that stories like these had allowed to take hold in our schools.

Surely, we reasoned, there must be pockets of hope, instances of teachers and learners crafting a future with human resilience and creativity?

It could be a whole school, one teacher or simply a special moment within a classroom – the idea was to set out to capture these moments and share them, creating a library that other teachers and learners could enjoy while gathering ideas and inspiration.

From the earliest days of Happiness at School, these hopes were vindicated.

The more we looked, the more we found stories that taught us how school could be re-invented to thrive in these confusing conditions, with human ingenuity bringing not just attention back into the classroom but contentment and optimism.

We found Kiran Bir Sethi, a trained designer in India, who set out to create a whole new approach to school after her own disenchantment with her son’s traditional education.

We found nations like Estonia, in the north of our European Union, taking the complexities of online security and digital literacy so seriously that they are described as the “most advanced digital society in the world” by Wired magazine, an achievement rooted in their policies on IT education, including measures to encourage girls to engage in STEM fields.

We found the Coconut School in Cambodia, whose founder inverted his community’s many problems (lack of a structure, lack of funds, polluted environment) and made a single solution: the kids collect recyclables and build their own school in the forest.

We found educators like Damian Gsponer, of the Bratsch School in Haut Valais, Switzerland, who expressed one of the core themes so succinctly. Here he is, talking before our cameras about his school’s attempt to give younger learners basic skills for the web, along with human values. Says Gsponer:

“It is like teaching our children how to write. They can use that ability to send cruel messages. It is better if they don’t; if we teach them to write with the idea that they can help others, then that aptitude can be used to do good.”

The global pandemic and the crisis in our schools have reminded us of the brevity of childhood and how important human encounters are to reinforce our shared humanity. As we gathered more and more of these small success stories in the quest to make education survive and thrive, we often found that a simple experience of joy and happiness, especially of the kind we experience in early youth and forget so easily later, was the strongest antidote to the disenchantment. Thus, we titled our movement and platform the way we did.

The final sentences of Article 26 echo Damian’s words about instilling values along with skills. How to nourish happiness at school, and in society at large? Very often, it is simply a matter of how well school can shape our ability to operate as social beings. Says the article,

“Education shall be directed to the full development of the human personality and to the strengthening of respect for human rights and fundamental freedoms… It shall promote understanding, tolerance and friendship…”

In that spirit, we looked for stories that would not just frame people and places that have managed to materialize these ideals in some local way, but yield strategies to help others get there too. With Happiness at School, we hope to lay the groundwork for a new forum for teachers and students everywhere.

Creating it has helped us to feel more optimistic about our shared future.

There is still a long way to go.